Robert enjoyed watching the insects become ensnared, especially the feisty moths. He realized these arachnids had come to depend on him for sustenance, and he alone determined the fate of these creatures. 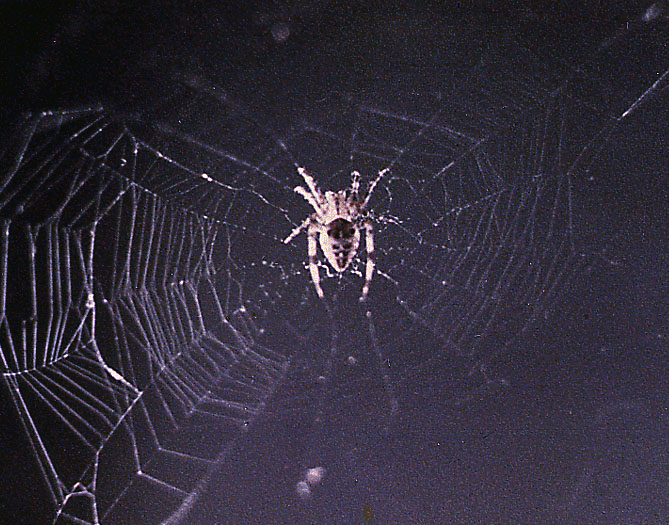 Robert had noticed earlier that three spiders had spun webs outside his kitchen window.

Due to some latent morbid streak, Robert stayed up late to flip the kitchen light on and off. This caused various insects to continuously leave and return through the tangle of webs.

Robert enjoyed watching the insects become ensnared, especially the feisty moths. He realized these arachnids had come to depend on him for sustenance, and he alone determined the fate of these creatures.

A light in his garage turned on unexpectedly, so Robert set out to investigate.