With a crippled bow but only partially flooded, the ship limped to Halifax. 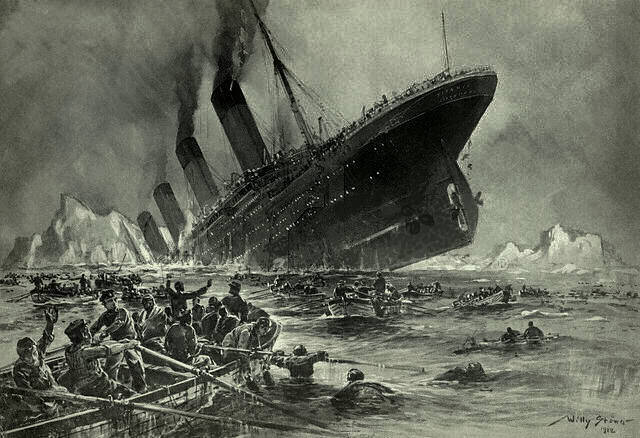 R.M.S. Titanic rammed an immense chunk of ice in the middle of the Atlantic Ocean. With a crippled bow but only partially flooded, the ship limped to Halifax. Interestingly, not a single fatality was reported.

Titanic remained in dry dock for several months but returned to civilian service before the Great War.

Nearly scrapped during the Great Depression, Titanic survived a series of owners before a final docking in Atlantic City as a hotel and casino.